This month we retired our first iPad app, Prism. It was a tough call since we loved Prism, and so did the people who bought it. Unfortunately, that was very few people.

Following the moderate success of our niche app WeddingDJ, in 2011 we decided to build something that anybody could use. We brainstormed, sketched, and prototyped. Before long, we hit on a question: “Why isn’t there an Instapaper for images?” The iPad is a wonderful device for viewing images, and with the rise of Reddit, Facebook, and Tumblr, image consumption was a big part of what people used their iPads for.

For this, we built Prism. Prism pulled images from any web page and displayed them in a full screen gallery. It loaded the latest and best from sites like Reddit and Tumblr, then allowed you to share your favourites or store them in a keepsake gallery. We built a sophisticated HTML crawler and scraper that pulled images not just out of arbitrary web pages, but from gallery indexes and other sites that host image content.

Our initial prototype was fun to use, but was too slow. To solve this issue, Nigel built a powerful multithreaded loading and parsing engine so loading images would never block, and Angelina built a low-level image recognition engine that would allow us to reject ads and thumbnails before even downloading them fully. Meanwhile, I tested a wide range of sites and added various horrible hacks to get as many as possible to work. As it happens, real-world HTML is the stuff of nightmares. 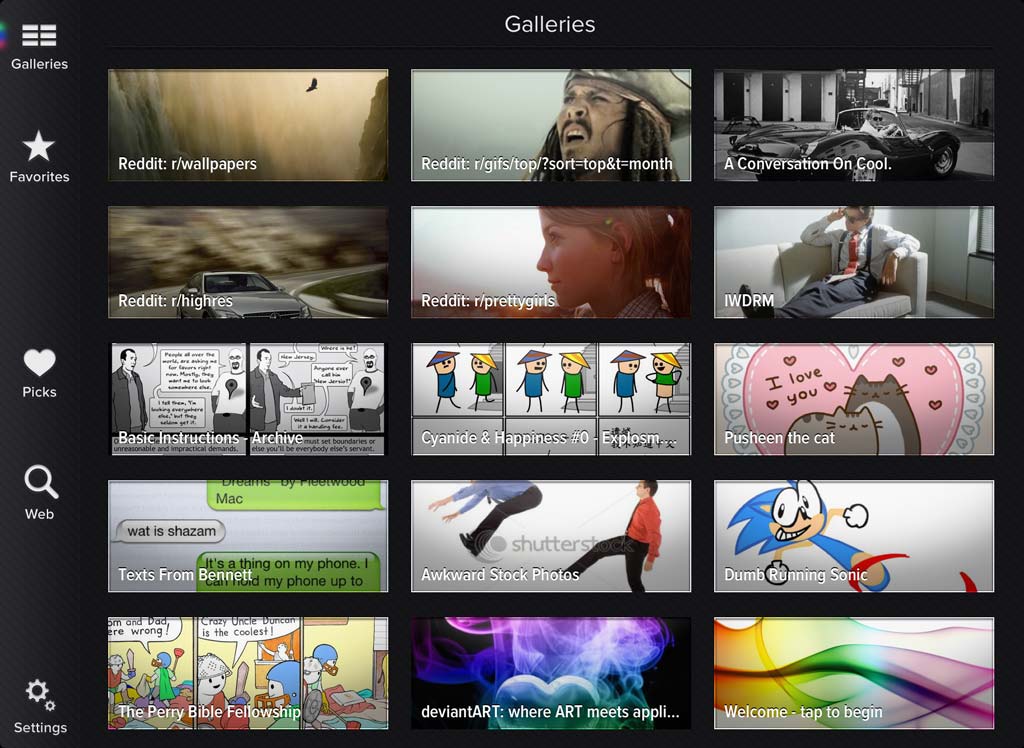 On the front end, we put a lot of attention into the user interface, flow, and usability. We did usability testing and iterated the design many times. We worked hard to get users into a state of flow, where all the friction of the hacks that made Prism work were hidden away. We also worked with our friend Dave Shea to do the icon, which we’re still super proud of.

Before long, everybody in our office was addicted. When we started beta testing, our testers became addicted. Once somebody “got” the app, they often became a big fan. After a year, we launched, and we held our breath.

If you love something

Unfortunately, on the App Store a lot of apps have launch sales graphs that look like Prism’s, but often at a larger scale. Now, we had multiple problems - we did very little marketing, something we’re much better at today. Over time we were able to get sales up somewhat, with a few efforts including some advertising, but never enough that it was even remotely as successful as our music apps. 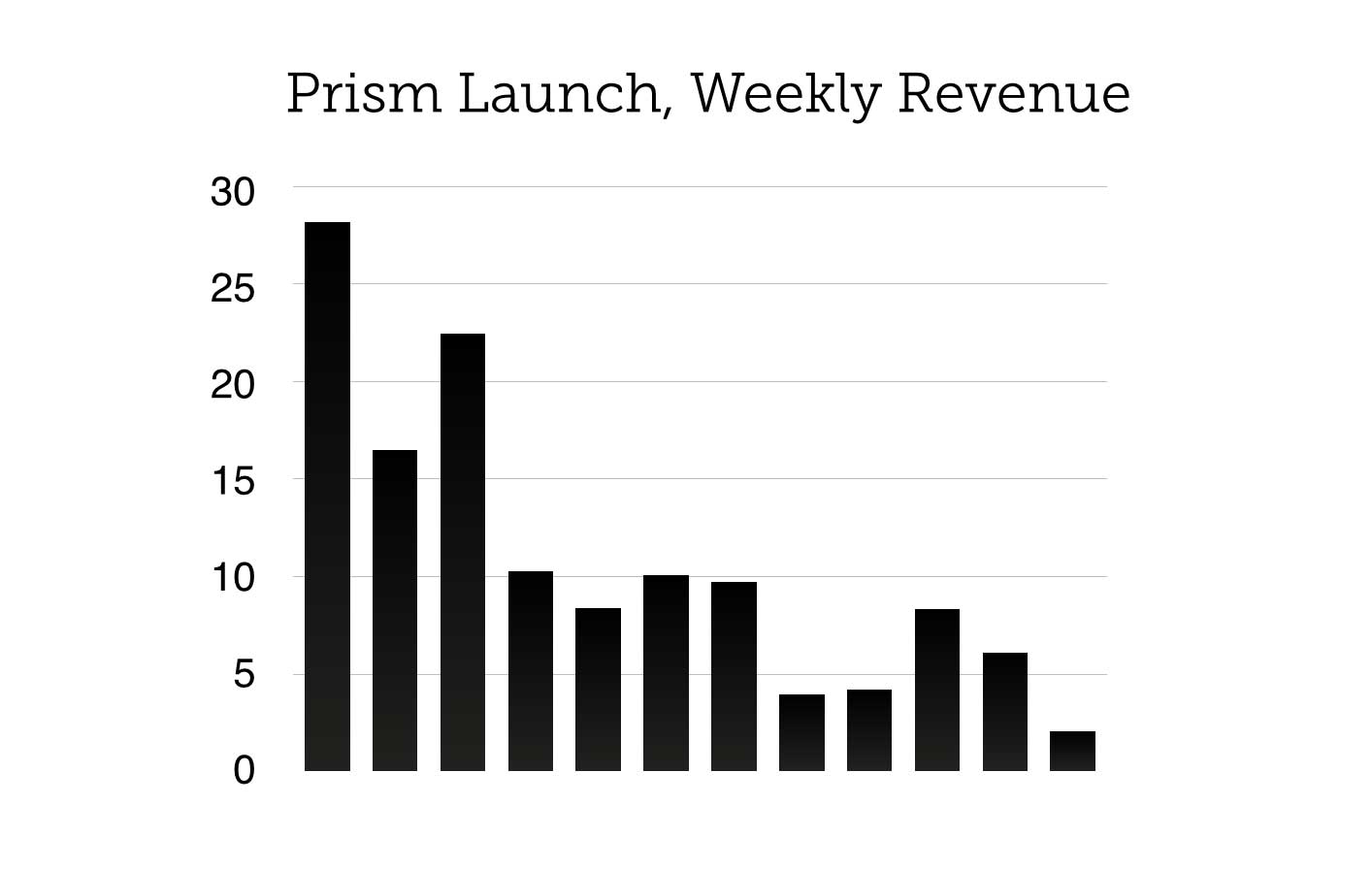 So, when iOS 8 launched and broke GIF playback in Prism, we made the tough call to kill it.

Some of our users have asked what alternatives there are, and unfortunately there aren’t a lot that we’ve found. For Reddit specifically, Alien Blue was recently purchased and made the official Reddit app, which is interesting. For a time there was was Spool, but it was bought by Facebook and discontinued. Maybe there is a sustainable market somewhere for something like Prism, but our gut is that there isn’t. It’s a niche product for normal people, and App Store or not that’s not a way to sustain a product in 2014.

Taking what we’ve learned from our successes and failures so far, we have some new products in the lab. We’re not yet sure which will graduate to full-fledged paid products, but the ones that do will be more “prosumer” affairs - things people can use to get a job done, either with a subscription or a higher up-front price. There are a lot of great markets left to tackle on mobile and the web, but unfortunately an image browser is not one of them.