Our team at Steamclock entered 2020 with big focus on hiring in Vancouver. We knew we wanted to avoid some of the issues that large distributed teams often suffer from. Interminable conference calls, only arrangable at the very beginning or very end of the work day. Inconsistent internet access disrupting decision-making and iteration speed. A lack of shared culture, where team members feel isolated from one another.

In a past life, our founder Allen worked at a large company that did hybrid remote work. Seeing managers who needed to fly internationally every week in order to attend in-person meetings, and teams needing to schedule early morning or evening meetings to work around time zone issues, contributed to our acute awareness of the pitfalls of hybrid remote setups.

Despite our skepticism around mixed remote and in-person teams, Steamclock has long had work-from-home day every week – No Meeting Wednesdays. Historically though, we did all our meetings in person. We went to substantial lengths to find and train a great team right here in Vancouver. In fact, at the beginning of 2020, we’d just finished building out a very nice office space in Vancouver for our local team. It’s still very nice! But currently, very empty. 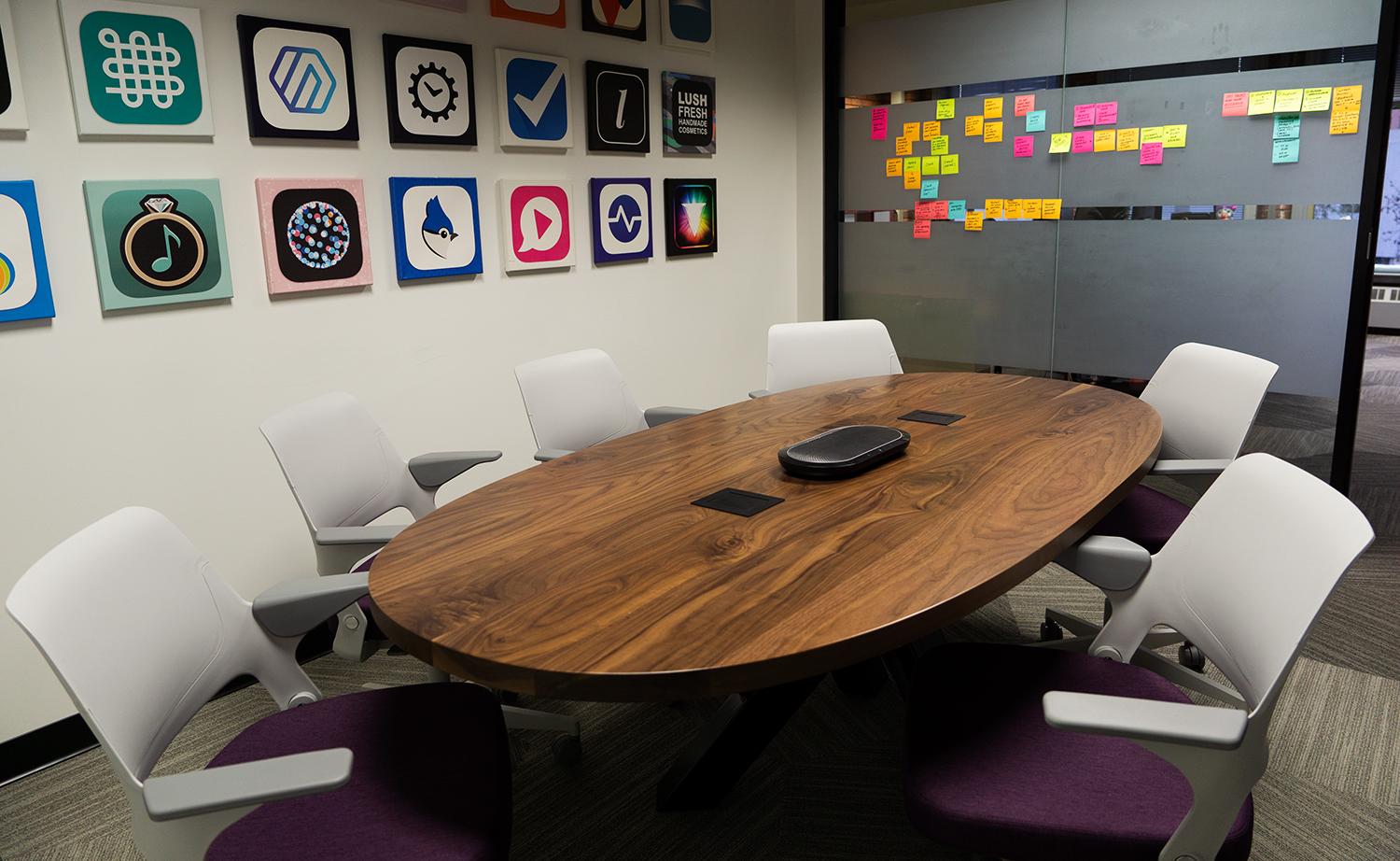 Of course, we’ve been working fully remote over the last year. Like many teams, we’ve been struck by just how effective we can be working at a distance. Initially, though, we attributed a lot of this to being fully remote, avoiding the dreaded hybrid meetings. We heard from our team that they looked forward to returning to working in-office at least once a week. Given that, we were one of the few software companies in 2020 posting jobs only looking for local talent. It felt a bit silly, but we’d done all this work to avoid having a hybrid remote organization – hiring, training, and investing in our work space.

Over time though, it’s become clear to us that to build the most effective team, we need to fully support both local and remote team members. And while hybrid meetings aren’t ideal, we’ve been practicing a really effective way to have fewer hybrid meetings: have fewer meetings. 🤯

So the path forward is clear: we’re building the best darn hybrid remote work culture out there. And of course that means we’re finally hiring remotely.

Now, it’s hardly newsworthy that a software company in 2021 is hiring remotely. But we wanted to call this out specifically since a lot of people know us as outliers. We invested in an all-Vancouver team, and became known for that. There are folks over the years who’ve told us things like:

Steamclock seems like an amazing place to work. If you ever start hiring in Rock Creek, BC, let me know haha!

If that was you, it’s time for us to talk!

Like most companies, we have certain guidelines around the kind of remote folks we’re looking to hire:

Still, it feels great to be finally strengthening our team with some of the many talented folks that live across BC and elsewhere in Canada. We can shed the “all-Vancouver team” part of our identity, and double down on the “builds really nice apps” part. A worthy upgrade.

We’re currently hiring a Senior iOS Developer. So if you’re an iOS Developer in Rock Creek, or eligible to work in Canada and up for roughly working Pacific hours, get in touch!