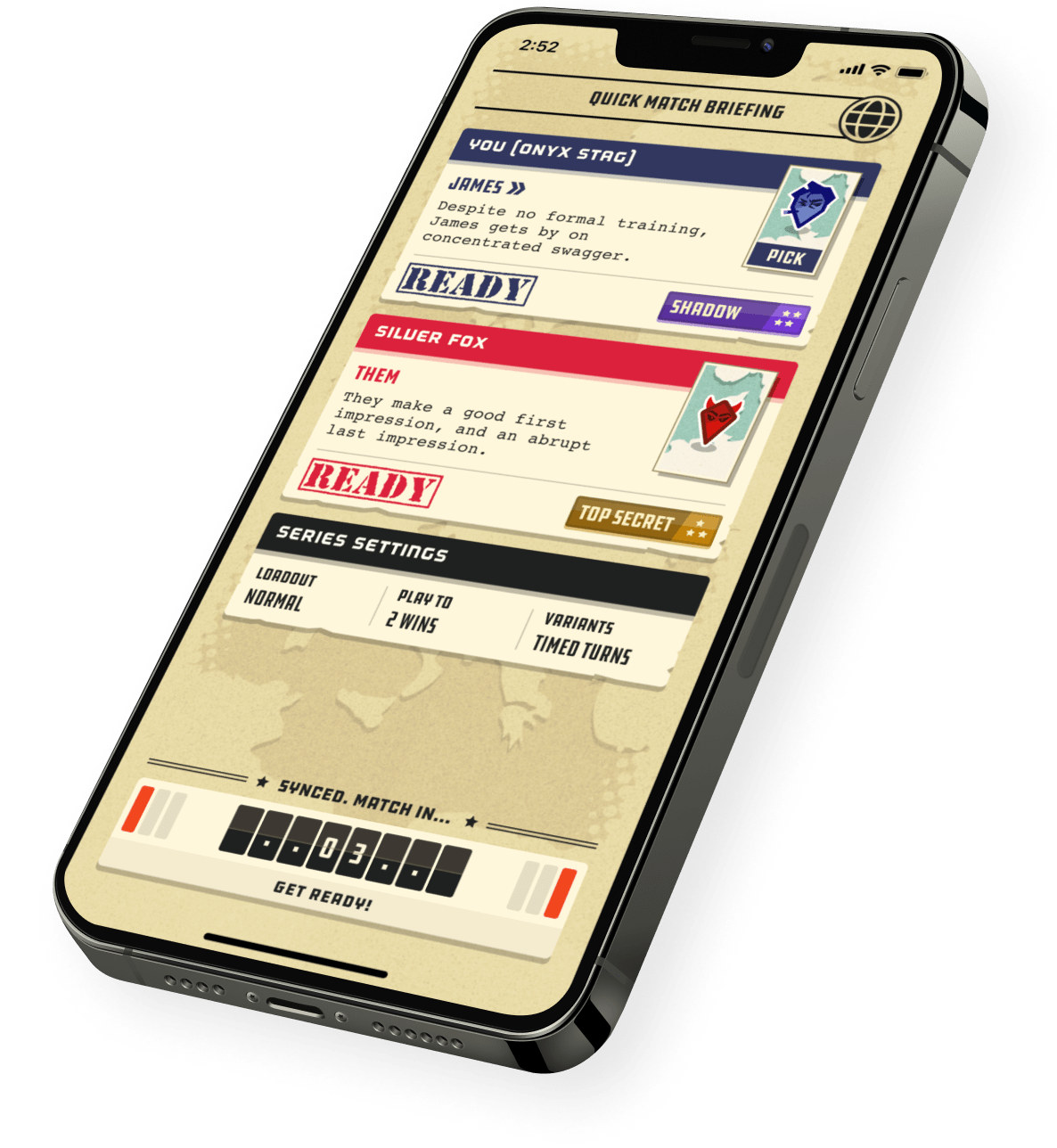 A side project exceeded expectations, taught lessons, and won accolades.

At Steamclock, we love trying out new tech. In the early days of Apple’s Swift programming language, we wanted to prototype with it and test its mettle. The most promising of these prototypes was a spy strategy game. A couple weeks of side-project time later, our CEO Allen had developed a fun little demo.

By building a game using many of the same app development tools we use to build world-class business apps, we levelled up our native design and development skills and built a fun side project at the same time.

Prototype a UI. Try it with users. repeat.

Two Spies is a turn-based spy strategy game for iPhone and iPad. Players find themselves in cold war Europe, using simple game mechanics and surprisingly deep gameplay to control the map, outwit one another, and take out enemy agents. The game has no pay-to-win mechanics or consumables, just a storefront for cosmetic upgrades and a non-renewing Season Pass for players who want to earn online ranks and view their gameplay stats. 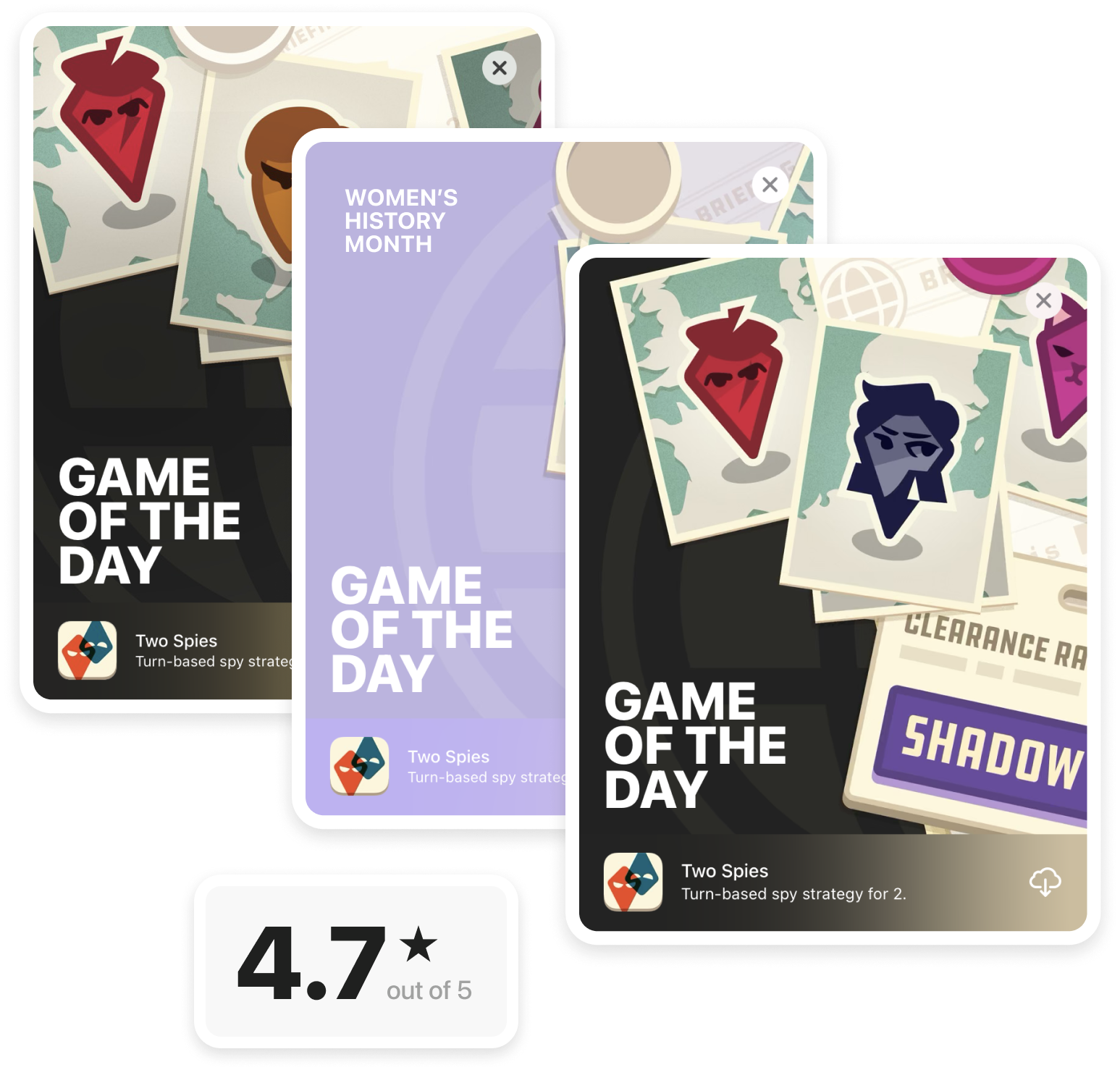 Despite its humble ambitions, Two Spies achieved remarkable praise from users, press, and Apple itself. Having now surpassed 700,000 downloads, the game has maintained a stellar 4.7 rating, with countless glowing reviews from users around the world.

Recognition has included receiving iOS Game of the Year from the Upgrade podcast, and multiple features as Game of the Day in the App Store worldwide. The App Store editorial team called Two Spies a “thrilling game of espionage” with “deceptively deep” strategy.

A thrilling game of espionage.

Two Spies is available on the App Store.