All the way back in 2014, Steamclock’s Allen Pike had the itch to prototype a game, and a desire to learn Swift – Apple’s latest programming language. Inspired by boardgame-like turn-based games like Letterpress, a coding-intense weekend resulted in a prototype spy strategy game. After some highly scientific playtesting at Vancouver’s Alibi Room, the conclusion was swift: it was fun!

Although we generally make consumer and productivity apps, our team has a long background in game development – co-founder Nigel Brooke worked at Radical Entertainment, later part of Activision, for a decade before going indie. As such, Two Spies was a popular side project to pick up for a few weeks between other projects. In this way it turned into a real team effort, and great testbed for new technologies, processes, and Swift language features.

By last year, the game had evolved into a “real time” turn based flow, and was getting increasingly positive feedback from playtesters. Thus, the Royal Pixel Service was born, Steamclock’s sibling company for publishing games and side projects – starting with Two Spies. Here’s the pitch:

Two Spies is a realtime turn-based strategy game for iPhone and iPad. Based on a purported board game created to train spies in the 1960s, Two Spies supports play over local wireless, “pass and play”, internet play against a friend, plus a training bot that can help players learn the ropes.

The communications department has provided the following key briefing points for officers, and others with short attention spans:

As of today, Two Spies is now live. You can download it on the App Store, or learn more about the game on the Two Spies site.

Thanks to the designers, developers, testers, and everybody who helped make this happen – we hope you have as much fun playing it as we had making it! 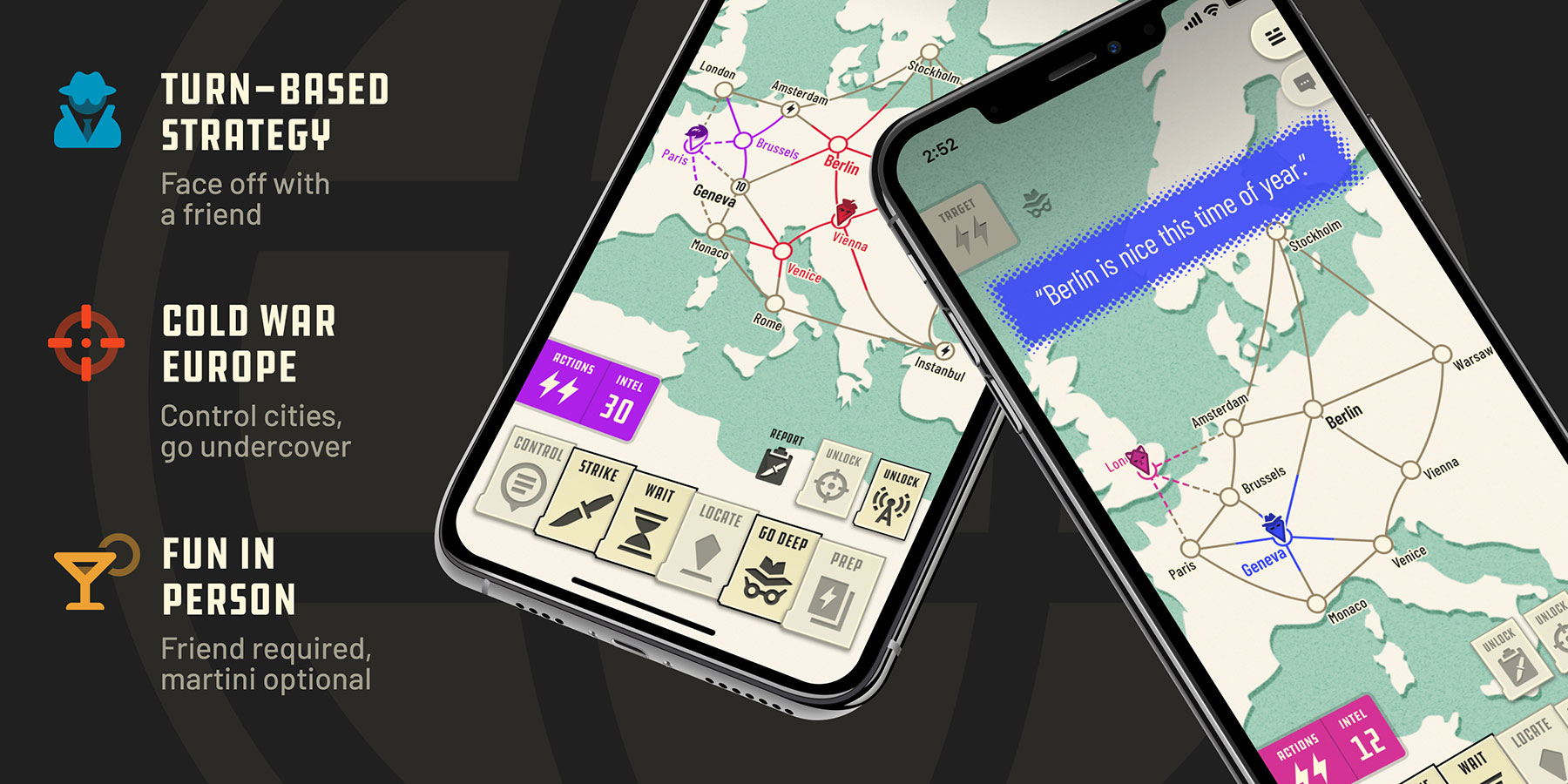